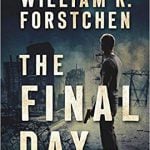 The End of the Beginning The third and final book in the One Second After series picks up nearly three years after "The Day." John Matherson and the citizens of Black Mountain are beginning to bring power back online. Each survivor of The Day has grown to be self-sufficient, hunting for food, foraging, and splitting wood. Moreover, each citizen of Black Mountain was responsible to provide a service to the community. "...as it was in the beginning, so it is again..." (43) After the violent encounters with Fredericks and the self-proclaimed government in Bluemont, the townspeople can focus on getting things back to normal. The winter has already proven to be a tough one, so food and warmth … END_OF_DOCUMENT_TOKEN_TO_BE_REPLACED 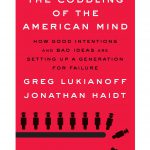 Raising Our Children the Wrong Way Safe Space. Microaggression. Trigger Warning. These new terms have invaded the lexicon of college campuses as Generation Z (those born after 2000) begins to leave the safety of their childhood homes to attend college. Greg Lukianoff, an attorney advocating for civil liberties in academia, partnered with social psychologist Jonathan Haidt in authoring The Coddling of the American Mind. The product of their collaboration is a critique of today's parenting style in which children are treated as fragile. Risk averse parents and school administrators don't allow children to assess risks themselves; rather, exposure to any such risks is eliminated through … END_OF_DOCUMENT_TOKEN_TO_BE_REPLACED 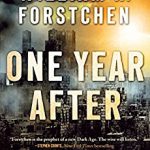 Adapting to Life after "The Day" William Forstchen continues his story about the people of Black Mountain after an EMP strike in One Year After. Readers learn that over 80% of Americans have died in the year following the EMP strike. Over half of the population of Japan, Eastern Europe, western Russia, and the Ukraine have also perished. The survivors find that much of America has devolved into chaos as tribal factions vie for power over the remaining states. China has deployed troops under the guise of "maintaining stability." The US government, in an effort to restore order, issued draft notices to hundreds of military aged men and women in Black Mountain. We rejoin the story's lead … END_OF_DOCUMENT_TOKEN_TO_BE_REPLACED 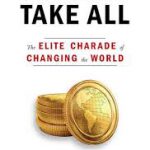 A Growing Divide Anand Giridharadas, a former foreign correspondent for The New York Times, draws attention to the hypocrisy practiced among the "philanthropic" elites in his Winners Take All: The Elite Charade of Changing the World. I'll share my thoughts on his take in this Winners Take All book review. Giridharadas introduces us to "MarketWorld," the universe in which corporate executives, thought leaders,  and globalists operate. While MarketWorld has grown aware of the fractures that have emerged in our society, they seek to find "win-win" solutions to our many problems. The elites believe themselves to be the agents of change who can usher in an era of global prosperity, assuming its … END_OF_DOCUMENT_TOKEN_TO_BE_REPLACED 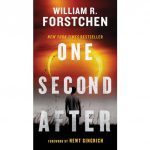 When Life as You Know It Ends William Forstchen's One Second After follows the life of John Matherson after an EMP strike rids Black Mountain, North Carolina of electricity. Matherson, a former Army Colonel and well respected college professor, recognizes the extent of the crisis early. Having learned about them during wartime, he informs the town's leaders about EMPs: "We finally figured out that when you set off a nuke in space, that's when the EMP effect really kicks in, as the energy burst hits the upper atmosphere. It becomes like a pebble triggering an avalanche, the electrical disturbances magnifying... It's called the 'Compton effect.'" (63-64) The EMP rendered most cars useless, … END_OF_DOCUMENT_TOKEN_TO_BE_REPLACED