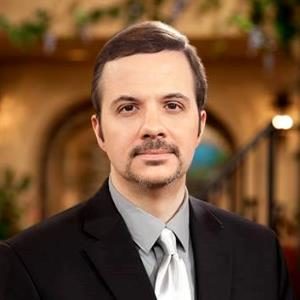 Michael Snyder is a very busy man. He runs The Economic Collapse Blog, End Of The American Dream, and The Most Important News, three heavily trafficked websites. He’s the author of five books and frequently appears on radio and television. Michael is concerned about the direction our country is heading and so am I. Since Bunker Basics often covers economic and societal developments, I knew I needed to ask Michael about his thoughts on these two topics. We also discussed his introduction to prepping, his latest book, and his relationship with his fans. Below is the transcript:

How Michael Got Started

Bob: Michael, you’ve created three websites and have written five books. You’re all over the internet and appear on tons of media outlets. That said, everyone starts somewhere. What led you to transition to a career in law to ultimately building such a large footprint in the online media community? How’d you get your start and end up building such a big name for yourself?

Michael: More than a decade ago, I started with absolutely nothing. I was an anonymous attorney working in the heart of Washington D.C. Nobody knew who I was and nobody cared about anything that I had to say. I was grieved by everything that I saw around me and by the direction of our country, and I wanted to make an impact. But when I decided to start writing, there were already more than a million other blogs on the Internet. Why would anyone want to check out mine? Well, I decided to start writing and at first you could have measured my readership with a microscope. But I stuck with it, and over time the audience grew. Since that time, our websites have had more than 100 million page views, and I believe that the best is still yet to come.

Bob: In The Economic Collapse Blog and your book, Get Prepared Now!, you talk about the next Great Depression. Our economy looks more precarious everyday. The Federal Reserve is printing money at an unprecedented rate and small businesses are locked down. What do you see happening over the next few years? How bad will the economy get?

Michael: Right now, we are already in the worst economic downturn since the Great Depression of the 1930s. Since the pandemic started, more than 100,000 businesses have permanently closed their doors, more than 70 million claims for unemployment benefits have been filed, and countless Americans are potentially facing eviction this year. Sadly, this is just the beginning. Over time, the economy is going to continue to unravel, and eventually economic conditions will be the worst that this nation has ever experienced. That is one reason why I work so hard to urge people to get prepared for the very hard times that are coming.

Bob: One of the biggest news stories right now is the battle between the Wall Street Bets Reddit community and hedge funds. In your post about the still developing story on The Economic Collapse Blog, you call out the hedge funds for acting hypocritically and come to the defenses of the retail investors. I completely agree that retail investors are just playing in the game the Federal Reserve created. Hedge funds, however, have been caught exerting influence over Robinhood in order to exit their short positions. What are your thoughts on the clear market manipulation we’ve seen hedge funds and brokerage houses like Robinhood engage in?

Michael: It truly is disgusting.  When things get crazy, the hedge funds never have their trading restricted. This game is not going to end well for the retail traders, and we have already started to see that. But what most people don’t realize is that it wasn’t the hedge funds that forced Robinhood to implement trading restrictions. It was actually the Depository Trust & Clearing Corporation which of course is operated under the umbrella of a shadowy private firm known as Cede and Company. In our system there is so much power at the clearinghouse level, and the CEO of Robinhood has even admitted that he got a call in the middle of the night from the DTCC, and as a result of that call their “clearinghouse-mandated deposit requirements related to stocks increased ten-fold.” That is absolutely insane, and that is why Robinhood was forced to put trading restrictions in place.

Bob: The amount of debt the US has assumed is terrifying. With continued stimulus and an economy still performing poorly, it seems like the debt will never be paid off. Hyperinflation and the fall of the US dollar seem inevitable. How can we prepare for the impending collapse? Do you suggest we buy gold or digital assets like Bitcoin?

Michael: To be honest, I do not like Bitcoin at all. Once we get to the point where our economy has completely collapsed, Bitcoin will essentially be worthless. But if you can make some money trading it in the short-term, more power to you. On the other hand, I love gold and I especially love silver. But you can’t eat gold or silver, and so make sure that you have plenty of food stored up first. The federal government will continue to borrow and spend trillions of dollars, and the Federal Reserve will continue to pump trillions into the financial system. We are already traveling down the hyperinflation highway, and this is a story that is going to have an exceedingly painful ending.

Bob: I briefly mentioned Get Prepared Now! earlier in our interview, but I want to come back to it. You pack the book with great tips like, how to purify water, cook in grid-down scenarios, harden your home, barter, and bug out. I know your co-writer, Barbara Fix, covered the details of preparation, so I I’ll ask a more general question. Are there essential skills that you think all preppers should develop? Is your primary focus on financial preparedness, or do you suggest we expand our preps to include other areas?

Michael: Ultimately, prepping doesn’t have to be complicated. Just take a look at the things that you use on a regular basis. Imagine how much you would need those things in order to survive on an extended basis. You are going to need shelter, power, food, water, medical supplies, etc. In addition, you also need to be prepared to leave your home permanently if the situation calls for it. In the years ahead, flexibility is going to be so critical, and nobody can be prepared for every possible scenario. We are all going to need guidance from the Lord, and that is why a relationship with God is absolutely essential.

Bob: I was incredibly impressed to see that you wrote a novel, The Beginning of The End. It’s one thing to write posts on The Economic Collapse Blog and a nonfiction book like Get Prepared Now!, but it’s another thing entirely to publish a fictional novel. What inspired you to write The Beginning of The End? Did you find the transition to fiction challenging?

Michael: It was a challenge, because I had never done it before. Basically, I wrote the kind of book that I would enjoy reading. It is wild, it is crazy, and it is very fast-paced. But also there are “truth bombs” in every chapter. It has continued to stay popular over the years, and I have heard from so many people that have really, really enjoyed it.

Bob: Somehow, you continue to find the time to author more books. Can you tell us about your most recent book, Lost Prophecies of the Future of America?

Michael: This is my most important book. For decades, people all over the globe have been having supernatural experiences in which God has given them glimpses into the future. I have compiled hundreds of these prophecies and put them into a single volume. Even though these prophetic voices were separated by time, distance and culture, the things that they were shown are remarkably consistent with one another, and many of them have already started to come to pass.

God wanted us to know what was coming not so that we would be afraid, but so that we wouldn’t be afraid. He knew about all of this advance, He has a plan, and He is in control. Things are going to get far worse in this country than most people would dare to imagine, but for those that know the Lord this will also be an incredible time to be alive because God is going to use us in amazing ways.

Bob: In speaking with nearly every person in the prepper community, I learned that they had a number of influences and collaborators. Given how productive you’ve been over the years, did you find anyone to be especially influential? Are there people that you have or continue to collaborate with?

Michael: There are so many people that I should mention, but let me just mention one. Steve Quayle has been called “the godfather of prepping,” and he has been sounding the alarm far longer than I have. I am so thankful for the amazing work that Steve has done, and he has linked to my work on his website so many times over the years. He has been such a blessing to me, and I know that he has been such a blessing to countless others in the prepping community as well.

Bob: You’ve reached millions of people between your books and three websites. What are you hearing from your fans in terms of their biggest worries regarding economic collapse? Have you learned anything from your fans over the years?

Michael: I learn so much from those that reach out to me.  Every day I am learning more. If I ever stop learning, I will stop growing, and I never want that to happen. As for what is ahead, I have never sensed so much urgency from my readers as I am sensing right now. So many of my readers feel like we have now reached the times that we have all been prepping for. I believe that they are right. Life as we have all known it will never be the same again, but most average Americans are still absolutely clueless about the perfect storm that is directly ahead of us.

Staying in Touch with Michael

Bob: Aside from The Economic Collapse Blog, End of the American Dream, and Most Important News, how do you suggest people stay in touch with you? Can they follow you on social media?

Michael: People can follow me on Facebook https://www.facebook.com/michael.snyder.5076 and Twitter https://twitter.com/Revelation1217, and you can find my new book entitled Lost Prophecies Of The Future Of America on Amazon.com.

Bob: Well Michael, I feel so fortunate to have had the opportunity to speak with you. I’ve followed you for years and appreciate your perspective on the current state of our economy and society. Thanks so much for your time.

Michael: Thank you so much Bob. I would encourage everyone that is reading this to use what time we have left to feverishly prepare, because the times ahead are going to be unimaginably challenging.