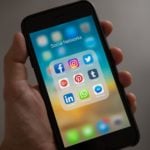 Our Nation Has Been Torn Apart Facebook, Twitter, and numerous other social media platforms have proven themselves capable of minting money. Both of the companies' original CEO's are worth over a billion dollars. While social media platforms have built money making machines using their users' data, the machines have also torn our nation apart. Conspiracy theories, fake news, and malicious trolling have polarized populations across the globe. As the world suffers through a pandemic, protests, and financial depression, social media has only aggravated the dire situation. In this post, I describe how social media is destroying society. Profits At All Costs "Web 2.0" companies develop user … END_OF_DOCUMENT_TOKEN_TO_BE_REPLACED 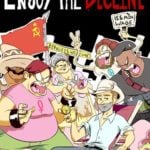 The Decline is Accelerating Aaron Clarey of Captain Capitalism fame published Enjoy the Decline back in 2013. Clarey, a self-described "motorcycling, fossil-hunting, tornado chasing, book-writing, ballroom dancing economist," made his strong grip on economics clear throughout the 204 pages of Enjoy the Decline. One of Clarey's primary concerns back in 2013 was the government deficit. Having recognized that the government failed to build a surplus during a market upswing, Clarey figured further taxation would be the only way to cure the United States out of its self-inflicted disease. Now, seven years later, we're in the midst of a global pandemic and further built upon our debt problem. … END_OF_DOCUMENT_TOKEN_TO_BE_REPLACED 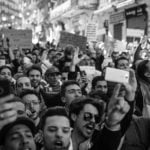 The Pot is Boiling Over It may come as no surprise to many of you that the US population has reached its breaking point. When millions of people across the country are stuck under quarantine without a job, tensions are going to build. Following the brutal killing of George Floyd, tensions rose to the surface and are now being released upon cities across the nation. Angry citizens are engaging in armed protests, looting, and acts of vandalism. Domestic terrorists are stirring the pot by further inciting violence. Our president has now threatened to involve the US military. As the fabric of our society gets torn apart, it's time we learn how to prepare for civil unrest. In this post, I … END_OF_DOCUMENT_TOKEN_TO_BE_REPLACED 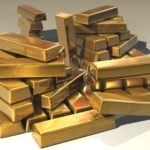 Investing is about Balancing Risk with Return Investors, more often than not, are optimistic people. Up until a few months ago, how couldn't you have been optimistic? We enjoyed a decade-long bull market, so it was hard to imagine stock prices could go in any direction but up. However, every investment comes with a set of risks. Some risks are easy to identify. Certain companies may be obviously lagging behind their competitors. Others may fail to keep up with changing consumer trends. Some risks, however, aren't so easy to assess. Investors may never be able to price in the possibility of leadership scandals like those of Carlos Ghosn of Renault and Adam Neumann of WeWork. And of course, … END_OF_DOCUMENT_TOKEN_TO_BE_REPLACED 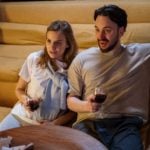 Making the Most of the Quarantine with Prepper Movies At this point, many of you may be struggling to find productive and enjoyable ways to pass the time under quarantine. You may have pulled out board games and decks of cards that had been collecting dust. You may have started cooking more or picked an old hobby back up. While I admit that sitting in front of the TV may not be the best use of time, I've watched ten amazing prepper movies while under quarantine. I've learned a lot about prepper survival skills and financial preparedness during the hours spent sitting on my couch. Better yet, I enjoyed each of them beginning to end. Here are the top 10 prepper movies you need to watch while … END_OF_DOCUMENT_TOKEN_TO_BE_REPLACED