The US is Failing at Reading, Writing, and ‘Rithmetic

I think it’s clear to most of the world that the US education system has failed. The US education system doesn’t crack the top 20 in either math or science when ranked against the education systems of 70 other countries. Unfortunately, the US’s problems extend passed math and science. The US population is performing poorly at critical reasoning as well. Fake news, which many have failed to identify as fake, is constantly being spread across social media. The truth is, our failure to properly teach our kids is going result in the US losing its status as a superpower. I won’t pretend to have all of the answers to our education problems. However, I do have one important proposal. Prepper education should be a core component of the broader school curriculum.

Frankly, the coronavirus pandemic is just one of our many problems. Climate change, tensions with Russia and China, and domestic divisions can each tear the US apart. If there’s one thing our future generations need to learn, it’s how to prepare for the growing number of threats to the US. Prepper education is becoming more important than ever. We should teach our children how to analyze and mitigate risks as part of the school curriculum. During the cold war, kids were taught to duck and cover. Luckily for children of the 1950’s, there was really only one prominent threat. These days, it seems like new threats emerge weekly. Let’s talk through a few and address how we can educate our kids about each. 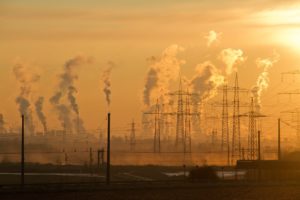 At this point, there really is no denying the reality of climate change. Children should be informed about the dangers climate change will pose to them. More importantly, they should learn how to prepare for them. As part of their prepper education, schoolchildren need to be instructed about how climate change is caused, what the near term consequences will be, and how to reverse it (if even possible). Past generations burdened us with a warming planet. Future generations must buck the trend. We need to stop politicizing a real problem and make it part of the school curriculum. Only then can we start to clean up the mess.

Geopolitical tensions aren’t new to the United States. We’ve had plenty of wars throughout history, though I’d argue our relationships with Russia and China are coming to a boiling point. Moreover, our adversaries are stronger than ever before. We’ll be dealing for years with the recent Russian hack of US corporations and government agencies. Some top government officials 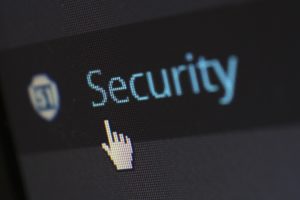 view the hack as a declaration of war. As terrible as US-Russia relations are, I’d say our relationship with China is even worse. Trade, technology, currencies, and style of government are just a small number of points the US and China fail to see eye to eye on. Diplomatic resolutions must be achieved to avoid fighting a cyberwar on two fronts.

Our children need to learn the full extent of the consequences that could stem from further deterioration of relations with Russia and China. Technology is far more powerful now than it was during the Cold War between the US and the Soviet Union. The recent hack has made that abundantly clear. However, we’d be lucky to limit the war to cyberspace. Military grade weapons have advanced rapidly, which makes the prospect of war terrifying. If there is one thing that needs to be communicated as part of prepper education, it’s that our enemies are not within our own borders. Forget about the spats between liberals and conservatives. We need to unify against our more hostile adversaries: Russia and China.

Though we should be focusing on international and existential threats, the US is instead consumed by domestic divisions. While 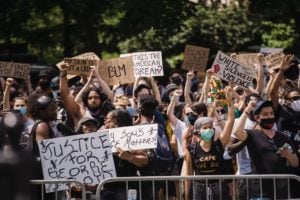 it’s unlikely, another Civil War is within the realm of possibility. To avoid going down that path, schoolchildren need to learn everything about the first Civil War. They should be taught about the causes and consequences. Additionally, children need to learn about what happened in the aftermath of the Union victory. Divisions were mended, but it took time. While I don’t expect prepper education to result in a rapid fix, we need to start addressing the problem. Complacency is not a viable option.

Children need to learn of the dangers of fake news and unfettered social media consumption. Our schools need to teach students how polarizing these two forces can be. I think children also need to learn the importance of being openminded. US citizens can no longer be isolated within their echo chambers. Opposing viewpoints must be considered in order to progress society forward. While this generation may have torn our nation apart, the next generation may be able to patch it back together.

How the US Can Rebound

At the moment, the future doesn’t look to bright. Both inside and outside the US, the situation looks pretty grim. That said, prepper education can help. Children wouldn’t just be learning how to prepare for dark times ahead. They’d also be taught how to rebuild what once made the US great. By truly working to combat climate change, the world can come together to fight a common enemy. If the US mends its relations with Russia and China, another World War III can be avoided. And lastly, reminding US citizens that we all have a common identity, that of Americans, is essential. We’re going through a dark time, but hope is not lost. Let’s start by implementing a prepper education curriculum. Our future may rest in the hands of the preppers of tomorrow.