Our Nation Has Been Torn Apart

Facebook, Twitter, and numerous other social media platforms have proven themselves capable of minting money. Both of the companies’ original CEO’s are worth over a billion dollars. While social media platforms have built money making machines using their users’ data, the machines have also torn our nation apart. Conspiracy theories, fake news, and malicious trolling have polarized populations across the globe. As the world suffers through a pandemic, protests, and financial depression, social media has only aggravated the dire situation. In this post, I describe how social media is destroying society.

Profits At All Costs 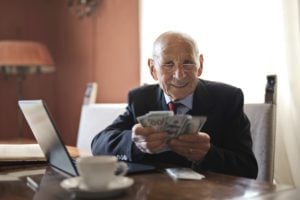 Unfortunately, the above business model has implications far beyond business financials. By enabling users to create content feeds restricted to their own viewpoints, users are insulated from perspectives that differ from their own. Sometimes, they may even be insulated from the truth. That said, users want their beliefs to be reaffirmed and even radicalized. They latch on to fake news and rabidly defend it. Clearly, what’s good for business is bad for our nation. Adding fuel to the fire, our global competitors realize the US is splintering. They’re homing in on the splinters and opening them up further.

Let’s rewind the clock back to 2016. As the date of the US presidential election grew near, the candidates campaigned aggressively across the nation. Surprisingly enough, the most effective campaigners lay outside the US. On the other side of the globe, Russia built up an operation of social media posters capable of creating viral content favorable of Donald Trump. Much of this viral content contained misleading information or was altogether untrue. We’re approaching the next election and this practice hasn’t come to an end. 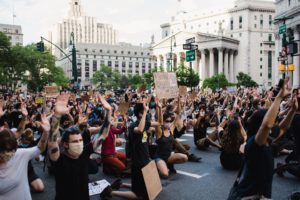 The leaders of the Web 2.0 companies have amassed more power than they may have ever anticipated wielding. Their user 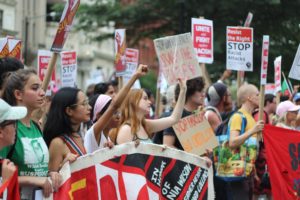 bases exceed the sizes of the world’s largest nations. Like all community leaders, Web 2.0 CEO’s are tasked with governing those in their community. Unfortunately for the communities, the CEO’s have failed in their responsibilities. Hate speech is more frequently appearing on users’ social media feeds. Rather than accepting accountability, Web 2.0 company leaders are protecting hate speech as free speech by arguing their platforms don’t create media. They simply distribute media. Never mind the fact that facebook posts and tweets are often ways in which news is broken. The poorly justified protection of hate speech is just another way how social media is destroying society.

We Now Know How Social Media is Destroying Society. What Can We Do?

Disorder sowed by social media has clearly failed to stay confined to the web platforms. Social media is a cancer metastasizing across the globe, proving far more dangerous than the coronavirus pandemic. The only way to stop the cancer from killing us is to kill it first. Social media companies, at a minimum, need to be further regulated. Politicians need to ensure the platforms are held accountable for the lies and hatred they propagate. Mark Zuckerberg wiped the floor with US political leaders. Our elected officials failed to comprehend even the basic ways in which social media companies make money. We need to elect officials who understand the extent of the problem created by Web 2.0. It will then be their responsibility to address it.

If I had it my way, I’d put an end to social media altogether. The business model failed. The failure is in turn causing the failure of our civil discourse. If we have any hope of recovering from such a dark period in our history, we’ll need to solve our social media problem. Letting the problem continue to fester will guarantee our demise.

Do you have thoughts about how social media is destroying society? Leave a comment below or contact me directly.

How to Be a Prepper in the City