The Worst is Behind China

In November of 2019, doctors in Wuhan, a city in China, began treating patients presenting with flu-like symptoms. As some patients developed respiratory issues, doctors began to suspect the spread of a coronavirus like SARS. The Chinese government initially made efforts to suppress these suspicions. They feared that raising alarm bells may hurt the economy. It turned out, though, that the doctors’ suspicions were valid. A novel coronavirus, now named COVID-19, originated in a Wuhan wet market. It has since spread across the globe and is wreaking havoc on healthcare systems and financial markets. Make no mistake. China’s failure to react quickly led to the global outbreak of the coronavirus. The government watched as the situation in Wuhan grew more dire before they decided to act. They will, however, capitalize on this mistake.

China ultimately implemented draconian measures to stem the outbreak. The government imposed a quarantine on Wuhan, isolated the sick, and emphasized the importance of social distancing. The measures proved effective. China has significantly slowed the spread of the virus. In fact, as the rest of the world reels from the outbreak, the Chinese economy is coming back online. This crisis, which China could have prevented, will ultimately pass. One thing is for sure, though. China will benefit from the new world order established during the global recession we’re entering. Below, I share three ways in which China will benefit from the coronavirus crisis.

1. China’s Autocratic Model of Government is More Effective at Containing a Pandemic

China has an autocratic government that has nearly unlimited control over the country. The state censors information, which enables it to more easily direct narratives. Also, the Chinese government does not need to run decisions through a system of checks and balances. If Xi Jinping wants to implement a quarantine, a quarantine gets implemented. There is no congressional debate between Democrats and Republicans as to how federal money should be spent. There are no requests for pork barrel spending. Partisan gridlock is a tradeoff democratic nations need to accept. Autocracies face no such tradeoff.

A Broken Democracy Exacerbates the Crisis 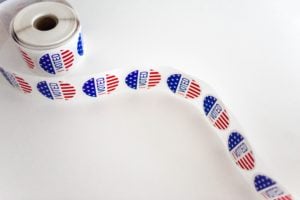 To be clear, I think a democratic form of government is the reason the United States has been the most successful country up until this point. Unfortunately, the democratic system is broken. Social media has polarized the population. Corporations and special interest groups are prioritized over the nation’s people. Unlimited campaign funding nearly ensures that the wealthy and powerful will see their political pick get elected. Worst of all, our government officials care far more about themselves than those they are governing. We’re in an election year. The United States election cycle caused our presidential administration to prioritize reelection prospects over our nation’s safety. As a result, as many as 2.2 million US citizens may die.

Xi Jinping, on the other hand, has a lifetime tenure as president. He doesn’t need to think in four year cycles. With a much longer time horizon, he can afford short term economic pain in a way that Donal Trump cannot. Xi’s focus on China’s long term prospects is the reason China will recover from this pandemic much faster than other countries around the world. We are already seeing China begin to regain control of the narrative. They are avoiding responsibility for the crisis. I can guarantee they will begin to act as leaders during the recovery period.

It’s worth again mentioning that China is to blame for this pandemic. Assigning blame, though, isn’t going to help us fight COVID-19. Once the fight is over, we have more reason to worry, as China will benefit from the coronavirus crisis.

2. The Eurozone Will Collapse, Giving China an Opening

Low interest rates across the world encouraged small and medium businesses to assume high levels of debt. Having enjoyed a decade-long bull market, many businesses didn’t question whether they could service their debt should the market face a downturn. Unsurprisingly, governments didn’t manage their balance sheets much better. Keynesian economics suggests that countries should replenish their surpluses during a bull run, but Keynes’s wisdom has obviously been long forgotten. Unfortunately, the coronavirus became the matador that slayed the bull. Countries are now ill equipped to handle the economic fallout.

The Eurozone is Being Kicked While it’s Down

The Eurozone was under pressure well before anyone fell ill from the novel coronavirus. The Greek debt crisis threatened the viability of the European Union, as the IMF has been forced to bail it out. Strict austerity measures have been mandated as part of the EU bailout. That said, Greece may never be able to pay back its debt. As the coronavirus crisis adds insult to injury, a default is all 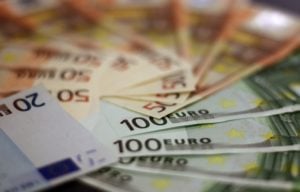 Greece is just one problem the Eurozone is forced to contend with. Brexit, the UK’s attempt to leave the EU, has been an ongoing problem still without a solution. The uncertainty hanging over the Brexit negotiations has given China an opening to partner with the UK. Boris Johnson, the UK’s newly elected prime minister, wants the post-Brexit UK to be a technology hub. To realize this vision, the UK needs a 5G network. Enter China. Despite allegations of state-sponsored spying, China’s controversial telecom company, Huawei, has been given the green light to build parts of the UK’s 5G network. We can expect China to try to continue building its relationship with the UK as the Brexit process continues.

Let’s now turn to Italy. Sadly, Italy has already been hit harder by the coronavirus crisis than China. Italy’s elderly population is especially at risk. Compounding the tragedy is the fact that Italy was very unprepared. Italian leaders didn’t take the coronavirus seriously at first. Social distancing measures weren’t implemented until people started dying. This mistake led to an exponential rise in the number of coronavirus cases. The Italian hospital system has now buckled under the pressure of the crisis. Like other countries in the Eurozone, Italy was in trouble before COVID-19 began to wreak havoc on its people. Its debt problems will now test the resilience of the EU.

Italy’s debt before the coronavirus crisis forced an economic shutdown stood at 138% of GDP. This incredibly high figure led Matteo Salvini, Italy’s populist party leader, to float the idea of an Italexit to avoid a fate similar to Greece’s. Now, Italy will be unable to repay its debt without suffering from a multi-year depression. A default and exit from the Eurozone are much more likely. China is undoubtedly watching these developments closely. As populist figures like Johnson and Salvini defy the cooperation implicit in the EU partnership, China will look for a foothold. China will expand its influence throughout Europe. And again, China will benefit from the coronavirus crisis.

Crises often push our leaders to show their true colors. This crisis is no exception. Donald Trump initially understated the severity of the pandemic in an effort to keep markets stable. As the severity became undeniable, he looked to avoid responsibility for the widespread US outbreak. Now, we’re watching Trump grow unhinged as the coronavirus crisis causes a severe recession.

Poor leadership is not unique to the United States. Boris Johnson flirted with the idea of building herd immunity among the UK population through mass infection. He course corrected after learning of the consequences, but not before creating widespread confusion. The indecision and slow pace of action exhibited by the US and the UK contrasts sharply with China’s overwhelming response to the spread throughout Wuhan. A signal is sent to the rest of the world when superpowers fail to act decisively and for the benefit of their people in times of crisis. China received this signal and will fill the leadership void. Tragically, a further erosion of democracy will follow.

China has its own tough road to recovery. Its rapid pace of growth will slow as it deals with the economic consequences of the quarantines. Other countries, like the US, will be slower to recover. Some Eurozone countries will fail to recover altogether. The coronavirus crisis will redefine the world order. Weaknesses will be exploited. Old alliances will be abandoned and new alliances will be created. However, these changes will take time to unfold. Xi Jinping, with his lifetime tenure, isn’t in any rush to see China become the premier superpower. I have no doubt that they will, though. Yes, China caused the disaster that is bringing the world to its proverbial knees. Yet, China will benefit from the coronavirus crisis. As China benefits, democracy will suffer. Let’s just hope the suffering isn’t irreversible.

Do you know other ways in which China will benefit from the coronavirus crisis? Leave a comment below or contact me directly.

Self-Sufficient Living: How Preppers Can Learn to Become Independent