Governments and Corporations Were Unprepared

Prior to the coronavirus pandemic, the S&P 500 was hovering around all time highs. The US government had cut corporate tax rates during a decade long bull market. The federal reserve kept interest rates low, which encouraged continued debt-fueled spending. Publicly traded companies repurchased their shares on the open market, known as stock buybacks, to send their share prices soaring. Considering corporate managers are compensated based on their companies’ stock market valuations, they were financially incentivized to inflate their share prices. With the economy roaring, government and corporate leaders alike paid no mind to risk management. Then, the pandemic brought the whole system crashing down. In this post, I share what we should learn about risk following the pandemic.

As was the case during the Great Recession, the US government is arranging taxpayer bailouts of corporations deemed essential to the nation. Boeing and major US airlines are currently at the top of the list. While it’s easy to argue that these 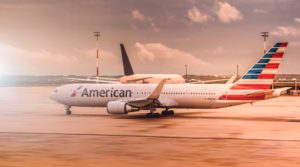 companies are indeed important, Boeing and the major airlines collectively spent $90 billion over the past decade on stock buybacks. They’re now requesting $110 billion of taxpayer bailout funds. Given that the US government offers “essential companies” a financial backstop, companies have little reason to save for a crisis. The US government, therefore, discourages strong risk management practices among essential companies. Is company management at fault for requiring bailout assistance? Absolutely. The government, though, needs to both learn about risk management and redesign the economic system such that companies are incentivized to save for a crisis.

I’m disappointed, but not surprised that the US government has yet to legally restrict companies from buying back stock and paying out dividends until we recover from this crisis. There are some provisions in the CARES Act that prevent companies receiving bailout money from engaging in these activities. That said, there are poor enforcement mechanisms and loopholes in the legislation. Time will tell how company management behaves. Hopefully, they’ll adhere to the spirit of legislation, which is to protect employees from unemployment. The CARES Act, however, does not mandate that companies use bailout funds to retain their employees. Without a clear mandate, I fear the legislation will fail to protect employees from layoffs towards the end of the year.

The Coronavirus Pandemic is Not a Black Swan. We Were Repeatedly Warned

In 2015, Bill Gates delivered a TED Talk about how unprepared the world was for a pandemic. He offered actions countries could take to prepare for a crisis like the one we’re experiencing.

Of course, few people listened. We failed to take action and we’re suffering the consequences. Gates wasn’t the only one who tried to warn us. Nassim Taleb, author of The Black Swan, mentioned the risk of an epidemic as early as 2010.

He stated that because airplanes enable global travel, the risk of epidemics are real. Sure enough, air travel is responsible for the coronavirus spreading outside China’s Wuhan Province. While the failure to listen to Gates and Taleb will cost trillions of dollars and potentially millions of lives, we can prevent this from happening again. Countries across the globe must make investments in preparing to combat the next deadly virus. With the right infrastructure and coordinated response measures in place, we can avoid having to contend with another pandemic in the future. Short term costs translate to long term savings. If the coronavirus pandemic doesn’t force governments to learn about risk management, nothing will.

Why Didn’t We Listen?

Unfortunately, our government and economic systems are designed for short termism. Political officials are typically elected to 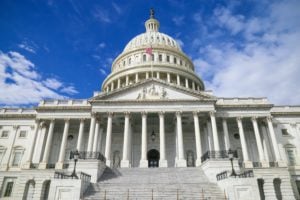 four year terms and public company earnings are announced once a quarter. Government and corporate leaders prefer to make investments that result in quickly realized tangible outcomes. Tax cuts are popular, since they put more money in taxpayers’ pockets. If governments were to invest in pandemic preparedness, the preparation may not pay off until the successive wave a leadership is elected. While the public is sure to ultimately benefit, foresight does little to help reelection prospects.

Share buybacks, as I discussed earlier, push stock prices higher and benefit company shareholders (most notably, management). Share buybacks are an easy way in which shareholders are kept happy. If capital were to be invested in rainy day funds, company analysts paid to project corporate earnings would question the decision. Traditional corporate management wisdom instructs CEOs to put money to work. MBA professors teach that capital should be invested in R&D to help companies innovate beyond the capabilities of their competitors. Alternatively, it should be distributed directly to shareholders in the form of dividends. Why would profits be stowed away for a crisis that company management could argue couldn’t be predicted? If a crisis can’t be predicted, why would management be faulted? It should now be clear that this line of thinking is flawed. Let’s now discuss who will correct it.

Will This Pandemic Finally Help Public and Private Sector Leaders Learn About Risk?

Strong government and corporate leaders make decisions with the long term in mind. They recognize uncertainty is unavoidable and therefore invest in contingency plans. Governments are crushing their taxpayers, which cannot go on indefinitely. As unemployment rises, the tax base shrinks. The growing deficit will prove to be an albatross hanging around the necks of future generations. Having said that, I think future generations of leaders will recognize the value of risk management. They will have been forced to learn about risk the hard way, after all. They’ll also need to bear the burden of correcting the corporate sector. I think future government leaders should mandate a percentage of earnings be retained for rainy days. Share prices won’t overheat and companies won’t implode in times of crisis. This mandate will save taxpayer funds in the long run.

We’ve now heard our government and corporate leaders mention the unpredictability of crises. The financial crisis that caused the great recession was said to be a once in a lifetime event. I’m now hearing radio advertisements aired in New York City say the coronavirus pandemic will define our generation. Will it? What’s to say another “generation defining” crisis won’t happen over the course of the next decade? They seem to be happening with relative frequency! As self-sufficient as we as individuals can learn to become, we need the help of our public and private sector leaders. They must learn about risk and prepare for uncertainty. While I do believe we’ll make it through this crisis, we may not be so lucky the next time. Hopefully, we’ll be prepared enough to the point that we don’t need luck. A man can dream, anyway.

Do you have any suggestions about how we can learn about risk? Leave a comment below or contact me directly.

Interview with Michael Snyder of The Economic Collapse Blog