The Pot is Boiling Over

It may come as no surprise to many of you that the US population has reached its breaking point. When millions of people across the country are stuck under quarantine without a job, tensions are going to build. Following the brutal killing of George Floyd, tensions rose to the surface and are now being released upon cities across the nation. Angry citizens are engaging in armed protests, looting, and acts of vandalism. Domestic terrorists are stirring the pot by further inciting violence. Our president has now threatened to involve the US military. As the fabric of our society gets torn apart, it’s time we learn how to prepare for civil unrest. In this post, I share five steps you should follow to protect yourself and your family from the ensuing chaos.

1. Choose Whether to Bug-In or Bug-Out

When civil unrest begins to emerge, you first need to decide whether you’re going to bug-in or bug-out. This past weekend, I chose to bug-out. I live in New York City, a city in which a number of protests recently erupted. Having seen that some protests

were turning violent, I decided that remaining in the area would expose my wife and me to increased risk of harm. To reduce the risk, we bugged-out to our secure location over the weekend.

If you’re not in a highly populated city like Manhattan, then you may not need to bug-out. Those located in a relatively remote area may be situated at a safe enough distance from the civil unrest. Every individual is exposed to a different set of risks. The risk of being caught amid civil unrest is much higher for those in densely populated communities. Civil unrest most easily develops near central locations in which people can congregate and demonstrate. If you’re in one of these locations and are wondering how to prepare for civil unrest, I suggest you start by bugging-out.

Now that you’ve picked your location, it’s important you secure it. Again, different individual circumstances call for different measures. If you’re remaining in an apartment building in a city, you may only need to secure a single entryway. Alternatively, single family homes require you to secure multiple points of entry, including windows. If the civil unrest is really getting out of

hand, then don’t take any half measures. Lock up, board up, and reinforce. Nothing is more important than the safety of you and your loved ones. If you survive the civil unrest, you can forgive yourself for being too prepared. Failing to prepare is unforgivable.

3. Stock Up On Supplies

Whether you’re bugging-in or bugging-out, you need to stock up on supplies. The recent protests bubbling up across the nation

are likely only temporary. That said, the 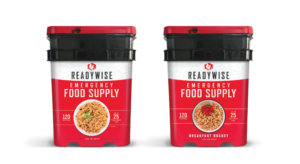 general civil unrest isn’t going away anytime soon. We’re going to experience a second wave of the coronavirus, which will continue to disrupt our livelihoods. Political divisions aren’t going to heal overnight either. To ensure you can survive for a number of weeks without leaving your secure location, you must stock up on food, water, and medical supplies. I recommend you build at least a two week cache of essentials. Do yourself a favor and avoid having to panic buy at the last minute. Stock up now!

4. Exercise Caution When Returning to Society

While you may be asking about how to prepare for civil unrest, it’s also important to understand how to return to society after the unrest subsides. You must exercise caution when returning. Stability may only be temporary. Update your SHTF escape plan, pack your bug-out bag, and don’t take any unnecessary risks. Moreover, the response to unrest can be worse than the initial demonstrations. Hong Kong, as an example, experienced protests that dwarf those of the US. The Chinese government just passed a law that extends the Mainland’s security practices to Hong Kong. While the civil unrest may be removed from Hong Kong society, the Chinese government is now an even bigger threat. If we see similar government crackdowns in the US, we should be even more wary of a return to society. 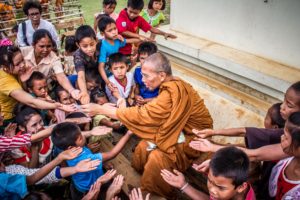 Order will ultimately reemerge following periods of civil unrest. The question is, will society simply revert back to the way things were? Should it? We need to set the right example when the civil unrest dies down. Germany’s leadership following its defeat in WWI led to the atrocities committed during WWII. However, after its defeat in WWII, Germany became a leader and promoter of European democracy. Communities, let alone nations, aren’t necessarily set on the right course after societal breakdown. It’s up to us to create the model for the future.

Most Important Point About How to Prepare for Civil Unrest

We shouldn’t just be asking about how to prepare for civil unrest. We should also be asking ourselves how we rebuild our nation in such a way that that civil unrest doesn’t need to emerge in the first place. Is a nation without civil unrest a pipe dream? Possibly. That doesn’t mean we shouldn’t think about creating a better future for ourselves and future generations. As pessimistic as the news may make us, we need to remain optimistic through this dark period. The unrest will pass along with the pandemic. But as the fog hanging over society disappears, we need to ensure the fog doesn’t return. Let’s all do our part to serve as examples of a good citizens. As prepared as we may be, we need to help prepare others to get through this chaotic time. Watching the world burn isn’t something to be proud of. Let’s do our part to help it recover.

Do you have any tips on how to prepare for civil unrest? Leave a comment below or contact me directly.