An EMP is a Knockout Punch

Few people realize that entire continents can be shut offline without a single gunshot being fired. The population likely wouldn’t 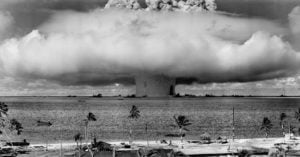 see a single explosion. Nobody would lose their lives as a result of the initial shutdown. There’s a chance that people wouldn’t even realize the electrical grid went down until they tried to operate their cell phones. How could this be? An electromagnetic pulse, or EMP, is the result of a nuclear warhead exploding high above the Earth’s surface. The burst of energy created by the explosion reacts with the Earth’s magnetic field, ultimately rendering all electronics useless. You know what’s scary? Nuclear warheads are more accessible than ever before. The EMP threat is becoming more likely. In this post, I discuss why an EMP may be deployed and the damage it would cause. I also offer tips on how we can use an EMP shield to protect our essentials. 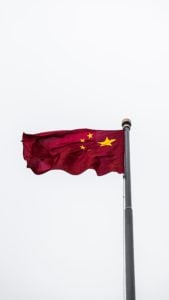 Government tensions between the US and China continue to escalate. Prior to the pandemic, the US and China were engaged in a cold war. China is aggressively attempting to demonstrate that its authoritarian form of government is superior to democracy. To that end, they are working to compromise the success of democracies across the world. Likewise, Russia is actively trying to rig the 2020 US election. Could they repeat the success they had in 2016? The battles between the world leader and its competitors are growing fiercer. If things get bad, we can expect to see the use of some drastic measures. Pay attention to the relationships between the US, China, and Russia. Staying current will help you assess the risk of an EMP. If you see the risk increasing, it’s best to pull out your EMP shield.

Today, terrorist groups are a larger threat than they’ve ever been before. I don’t need to remind you of the events that took place 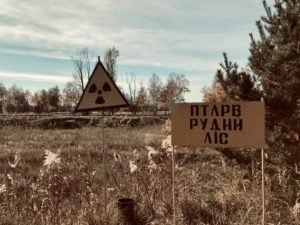 The US and Russia are now developing more nuclear weapons after breaking their Cold War era treaty. When decades-long pacts are dissolved, warning signs begin to flash in my mind. With the EMP threat becoming more real, let’s discuss how we can use an EMP shield for protection.

What is an EMP Shield?

An EMP shield is an enclosed used to block electromagnetic pulses. They’re sometimes known as Farraday cages. Michael Farraday created EMP shields back in the early 1800’s after proving that conductor’s excess charges only reside on their exteriors, not their interiors. Put another way, if you have a hollow conductor like a backpack made of flexible metallic fabric, you can protect your electronics from an external magnetic field.

Farraday duffel bags, pouches, and phone cases all can act as an EMP shield as well.

If an EMP hits, you’re going to want to protect your belongings ahead of time. Preparation is insurance against disaster. An EMP is unquestionably a disaster, so make the early investments.

What Would an EMP do to Society?

We know an EMP would knock electronics offline, but what kind of impact would that really have? Well, our vehicles, phones, homes, businesses, and stock exchanges all need electricity to run. Our economy would crumble under a sustained shutdown of the electrical grid. Without the modern comforts we enjoy today, many people would not survive. Building security would malfunction, resulting in widespread looting. After a few days, store shelves would be empty. After a few weeks, our institutions would begin to crumble. In just a few months time, a new world order would emerge. Where would you fit in?

To survive a world affected by an EMP, I suggest you prepare now. If you haven’t read One Second After by William Forstchen, I highly recommend you do so. He writes about the aftermath of an EMP strike in a 3 part series. The series offers a goldmine of information and has some great characters too. I have each of the books in the Bunker Basics Store.

Self-Sufficient Living: How Preppers Can Learn to Become Independent