This Fight Won’t Be Our Last

As the global population continues its fight against the invisible enemy, I can’t help but wonder what disease will cause the next pandemic. Yes, we are undoubtedly learning how to more effectively combat the spread of the coronavirus. We will find a way to more rapidly develop vaccines and administer them at scale. But, pandemic preparedness requires coordinated efforts between state, federal, and global government leaders. Many of these leaders have failed time and again to put their constituents’ interests first. Their failures won’t just compromise the success of this recovery. They may also result in the next disaster. Having said that, we need to ask: what disease will cause the next pandemic?

Respiratory illnesses have been responsible for previous pandemics. The Spanish Flu of 1918, the more recent Swine Flu, and Covid-19 are all respiratory illnesses. Those infected with these illnesses spread the infection as they cough, sneeze, and even breathe in close proximity to others. The tiny droplets infected people discharge as they cough or sneeze also linger on surfaces. When people touch these surfaces and then touch their faces, they can become sick. The ease with which respiratory 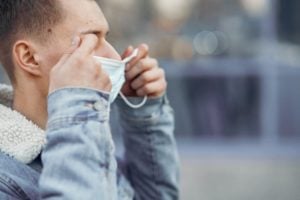 illnesses transmit from person to person makes them so difficult to suppress. By the time response measures have been developed and mandated, respiratory illnesses may have begun spreading throughout the population. This was the case with Covid-19.

If previous pandemics were caused by respiratory illnesses, why can’t we figure out how to fight them? Wouldn’t you think we could learn from our historical struggles? Unfortunately, countries failed to make the investments necessary to prevent the next pandemic. Additionally, influenza and coronavirus strains mutate as they move throughout the population. This makes developing vaccines effective against respiratory illnesses difficult. While vaccines may be effective against some strains, they may be ineffective against others. Containment, therefore, is essential. Because some governments around the world deny the efficacy of containment measures in stemming the spread of respiratory illnesses, I’m not optimistic they’ll be able to contain the next pandemic of this nature.

Innovations in “do it yourself” science projects have enabled individuals to change the laws of nature for the better… or worse. Biohacking is a term used to describe experiments people perform to alter their biological states. These experiments can be as benign as monitoring and modifying sleeping patterns. Alternatively, they can be as extreme as making direct alterations to DNA.

The biohacking movement can, in part, be credited to CRISPR. CRISPR is a relatively new technology that enables scientists to edit genes. This incredible discovery can help to eradicate debilitating diseases like Huntington’s and hereditary blindness. While these uses for CRISPR are beneficial, some rogue scientists and biohackers are performing dangerous experiments that could have terrifying consequences. CRISPR can be used on human sperm and egg cells, as well as embryos. As these precursors to human life develop, the genetic alterations manifest. Now, CRISPR technology is accessible to the biohacker community.

A “CRISPR baby” will be born with permanent changes to its genes. These changes don’t just affect one generation. They’re passed down to all future generations, too. Unsanctioned experiments of this nature have already been performed. In doing this, experimenters are opening a Pandora’s box to an uncertain future. The risk of an experiment gone wrong can create a disaster of biblical proportions. What disease will cause the next pandemic? Potentially, a man-made one. We need to stop playing God and better regulate CRISPR technology.

While biohackers may have positive intentions when performing their experiments, terrorists certainly do not. Bioterrorism has always been a big threat to humanity. As advances in technology have brought down the cost of creating biological weapons, the threat looms larger. Now, poorly funded terrorist groups can create biological weapons. 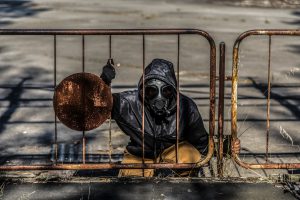 Biological weapons have been around for hundreds of years. One of the earliest known uses of biological weapons dates back to the 1300’s during the Mongol siege of Caffa. The Mongol army catapulted dead plague-infested bodies into the port of Caffa. This war tactic didn’t just frighten enemy troops; it infected them too.

Most of us are familiar with the British army’s use of the smallpox virus against the Native Americans during the French and Indian War. In the mid-1700’s, British troops gave the Native Americans blankets infected with smallpox, which ultimately caused a full scale epidemic.

These rudimentary forms of biological warfare can be replaced by modern, lab-manufactured weapons. Unlike guns, missiles, and other weapons controlled by human operators, viruses do not respect human wishes. Biological weapons come with unintended consequences. A pandemic is potentially one of them.

4. Other Diseases with High R0 Factors

R0 (R naught) is a mathematical factor used to describe how infectious a disease is. The higher the R0, the more infectious the disease. The swine flu has a R0 of between 1.4-1.6. This means that for every person infected with the swine flu, fewer than two

people, on average, will become infected. Covid-19, however, has an R0 of roughly 5.7. While an R0 factor of nearly 6 is incredibly infectious, it’s not the highest R0 factor recorded.

What Disease Will Cause the Next Pandemic?

Countless viruses are unknown to humans. Many that we do know of can mutate, making them more difficult to eradicate. Even viruses that don’t yet infect humans can evolve to become capable of making the jump. With these obstacles standing in the way of our ability to prevent a pandemic, what can we do?

The above three actions can be achieved. Hopefully, the Covid-19 pandemic acts as a wakeup call. If our government leaders continue to bury their heads in the sand, Covid-19 won’t be the last pandemic to stretch across the globe.

Do you have any comments about what disease will cause the next pandemic? Leave it below or contact me directly.