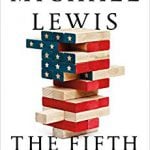 A Different Take on the Government Michael Lewis, author of Liar's Poker, The Big Short, and Moneyball, delves into the workings of government bureaucracy in his new book, The Fifth Risk. Lewis manages to remove political ideology from his narrative, instead focusing on the work performed by civil servants within the Department of Commerce (DOC), Department of Energy (DOE), NASA, and other government institutions. I will readily admit that I'm unconvinced about the importance of the government, though Lewis manages to persuade even his most skeptical readers of the value we derive from government investments and programs. Here's my The Fifth Risk book review. Roughly seventy percent of … END_OF_DOCUMENT_TOKEN_TO_BE_REPLACED 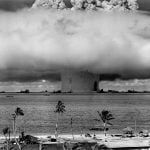 Preparation for a SHTF Event is Necessary The world has become more unstable than it ever has before. The Doomsday Clock is now two minutes to midnight due to the threats of nuclear war, artificial intelligence, and natural disasters. Governments are silencing their citizens. Technology companies continue to increase their power through data collection and the continued development of sophisticated algorithms. The most important aspect of preparation for a SHTF Event is knowing what you're up against, so I've listed the potential causes of a SHTF Event below. Uncontrollable Technology The California Elites (CEs) love their technology. They say they want to save the world, but we know … END_OF_DOCUMENT_TOKEN_TO_BE_REPLACED