The word “bunker” originated in Germany. During WWII, bunker was a reference to military dugouts, but it has since been applied to shelters both under and above ground that serve as protection or storage spaces. Most importantly, bunkers can be used to shield us from a SHTF Event. There are various types of bunkers you can use when escaping a SHTF Event, so it’s important you choose the one that suits your needs. 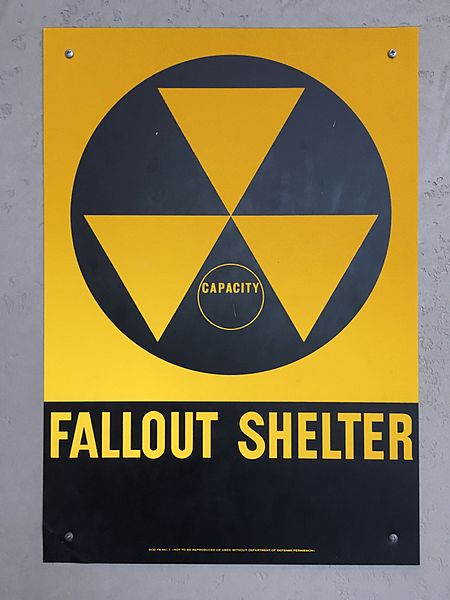 fallout (radioactive material) that spreads after a nuclear explosion. While the explosion may alone be devastating, the environment is still dangerous hours and possibly days later. It takes time for the fallout to fall to the ground, so it’s critical that you remain inside your fallout shelter until you’re sure the outside environment is safe. Concrete lines the edges of many fallout shelters to protect against both radiation and nuclear blasts. After the Cold War, the government stopped funding the development of fallout shelters.

During World War II, mountainous regions, like those in Switzerland, were excellent locations for bunkers. The Swiss built their bunkers practically. They contain dining rooms, operating rooms for surgical procedures, and bedrooms. Building a mountain bunker requires the excavation of sedimentary rock. The primary benefit of mountain bunkers is that, apart from the entrance, little additional reinforcement is necessary. The Cheyenne Mountain Complex in the Rocky Mountains is one of the most well known mountain bunkers.

The most well known type of bunker is an underground bunker. The biggest concerns you should have when building an underground bunker are the type of soil and the water table. The water table should be low enough for you to dig a trench roughly twenty feet deep without hitting water. Rocky soil could be too expensive to remove and may require extra time to dig. Wet soil typically indicates a high water level. Once you identify the correct location, you can excavate the area, build your structure (preferably out of concrete), create your passages, and install plumbing and electricity.

Some luxurious bunkers, like Larry Hall’s complex for the 1%, are built underground. The renewed interest in bunkers among the California Elites (CEs) is incredibly concerning. The CEs are building technology that could lead to The Event. If they start investing in bunkers, so should we. We cannot depend on the CEs to provide the right direction in a post-Event world.

Please contact me or leave a comment if you have any questions or additional suggestions about bunker types.

Best Bug Out Location to Head to if SHTF

How to Protect Ourselves from Biological Weapons