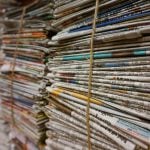 What's Real Anymore? Ninety percent of the world's data was generated in the last two years. That's an insane fact! Internet searches, news publications, text messages, phone calls, social media posts, and millions of other types of content are produced every single second. With all of this content out in the world, competition for our attention has become fierce. Clickbait headlines like "Cuba Claims Justin Trudeau is Fidel Castro's Son" are now common on the Internet. FYI, Cuba made no such claim. Stories like this are then shared on Facebook and other social media platforms, ultimately helping them go viral. Efforts to stop the distribution of fake news are being thwarted by … END_OF_DOCUMENT_TOKEN_TO_BE_REPLACED