Daisy Luther has been a godsend to the prepper community. 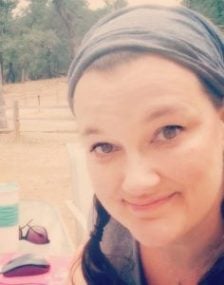 ng websites like The Organic Prepper, Preppers Daily News, and Preppers Market and has authored The Prepper’s Canning Guide, The Prepper’s Water Survival Guide, and The Pantry Primer. Daisy Luther has published thousands of articles about prepping and also shares alternative news on her websites. I had the pleasure of interviewing Daisy Luther and I’m eager to share the transcript with you.

Bob: Many people experience hardship in their lives that draw them towards prepping. I understand that you faced your own hardship that ultimately led you to what’s become a successful and enjoyable career. Can you share your story with our readers?

Daisy: Well, after my father passed away, I was left very unhappy

with my current situation. I was living in the city, working about 60 hours a week, and utterly miserable. I had some serious financial problems, including the loss of my home and car. Then my children’s father died suddenly (we had been divorced for many years but it was still a terrible blow for our family) and I rethought everything I was doing. I took a payout to leave the company where I worked and decided it was “now or never” if I wanted to write for a living. My eldest went off to college and my youngest and I moved out to the boondocks, which is where we lived when I began my blog.

Bob: You’re a prolific producer of content consumed by the prepper community. What motivated you to start writing about your prepping practices?

Daisy: Well, they say to write about what you know, and what I opted to write about was the things I was doing at that time as well as my observations about what was going on in the world. I figured I was learning stuff and other people might also like to learn the same things. One thing I always hated about prepping blogs was how “perfect” the writers always were. I vowed to write about the good, bad, and ugly – so successes AND failures – and luckily, other people were interested in what I was writing.

Bob: You’re undoubtedly busy writing books and managing your websites, but I imagine you have some free time. What are your hobbies?

Daisy: I’m not really good at just sitting around. I read a lot, and in the evenings with family, I usually work on some kind of project while we watch Netflix. Right now, it’s crocheting some Christmas gifts. We also travel as often as possible. I know that shocks a lot of people in the preparedness world, but I think it’s important not to just hunker down in your home if you enjoy doing other things. Life is meant to be lived. I focus strongly on skills and hope this is enough should something terrible happen when we’re away from our home base.

Prepping for The Event

Bob: I’d argue that every prepper has at least one potential cause of their advanced preparation. What potential “Events” keep you up at night?

Daisy: Currently, the escalation of the current unrest in our country. Neighbor turning against neighbor. It isn’t as dramatic as an EMP taking down the grid but I think it’s a lot more likely.

Bob: What would you say is the number one prepper skill that would differentiate you from other survivors in a post-apocalyptic world?

Daisy: That’s a hard question. I would have to say it’s my adaptability. That may not sound like much of a skill, but I’ve lived in a lot of different places – I’m kind of a nomad – and at each place, I have picked up potentially life-saving information. From dealing with – 48-degree temperatures in the forests of Canada to landslides and droughts in California, I’ve been fortunate to pick up knowledge about things like heating off-grid, handling natural disasters, predicting the flow of events in an emergency, water conservation, animal husbandry, and gardening.

I think there’s a lot to be said for the whole “Jack of all trades, master of none.” And what I mean by that is that it doesn’t have to be a negative. I may not be a trained physician but due to my variety of experiences, I’ve picked up bits of knowledge that could one day be lifesaving. I was never trained in how to raise a baby deer, but because I knew their physiology was similar to goats, I was able to keep a rescued fawn alive and well for several weeks until an organization could pick her up.

My knowledge of the history of collapses and disasters means that I usually have a good idea of what is likely to happen next. You can apply this across a huge variety of situations. Not everyone is a homesteader or a wilderness survival guru, but that doesn’t mean that they can’t still survive. They just might survive differently.

Bob: When I began prepping I was amazed by the size of and the engagement within the prepping community. Which preppers do you look up to, collaborate with, or stay up to date with?

Daisy: A couple of the guys who write for my website have taught me a lot. There’s Jose, a gentleman who survived the collapse of Venezuela and escaped with his family. Then there’s my good friend Selco, who survived the Balkan Wars in Bosnia.

Bob: Unfortunately, there are those who are outright hostile towards preppers. I can appreciate healthy skepticism, but I myself have experienced a share of internet abuse due to my beliefs. How do you handle the “trolls” and others who spew vitriol in the comment sections of your websites?

Daisy: I usually just let them spew. Most of the time, a reader will say something to them in my defense. I don’t want to get down on the ground with them. It’s just not worthwhile, and it’s unnecessary stress.

Sometimes they have good points, although hostilely expressed. When that’s the case, I try to turn the conversation into a positive one.

Bob: Some people stereotype preppers as “tinfoil hat crazies.” You’ve been blogging for over half a decade. Who are your readers, where are they from, and would you consider them to be practical?

Daisy: I have such a wide array of readers. Because I am neither a conservative nor a liberal, I have readers from all points on the political spectrum. I try hard to be respectful of their opinions for the most part. I have learned from this that what the mainstream focuses on is the extremes and most people are just not extremists.

I have people with a big variety of living situations – city folks, people who live in suburbia, and homesteaders out in the country. I love the variety and it adds a lot to the comments section.

Most preppers are very practical – it’s what led them to prepping.

Bob: Your youngest daughter is homeschooled and has excelled academically as a result. What do you believe to be the benefits of homeschooling relative to “traditional” schooling (aside from its compatibility with prepping)?

Daisy: First things first, it really depends on the kid. My oldest daughter would have been completely miserable if she had been homeschooled. She thrived in a classroom. I think it’s very important to not make a blanket statement because it is not right for every child.

The best thing about homeschooling was the freedom it offered. We did a great deal of traveling and the cool thing about that is how it brings the lessons to life. If you are learning about how the United States was settled and then you go to Colonial Williamsburg and Jamestown, that is a lesson that truly sinks in. If you are navigating through the United States using a paper atlas, you’re going to remember that geography. As well, when we had a small homestead, there were loads of lessons on the farm – anatomy on butchering day, botany while hiking – you get the idea.

Bob: How can people stay in touch with you on social media?

Daisy: On Facebook, my page is The Organic Prepper, but the real way to interact is to join my group, Prep Club. (https://www.facebook.com/groups/op.prepclub/) We have great discussions there. I’m on Twitter, Pinterest, and Instagram as @DaisyLuther

I know that social media isn’t for everyone, so you can also find me on my website. Definitely subscribe to my daily newsletter – there’s information in there sometimes that isn’t published elsewhere.

Bob: Thanks so much for your time. I really enjoyed our conversation.

Daisy: You’re very welcome! It was lovely talking with you!

Have any more questions for Daisy Luther, or want to see other interviews? Leave a comment below or contact me directly.