The economy is beginning to show signs of a nearing recession. The yield curve has again become inverted. The trade war between the US and China continues on. And Europe is a mess. There are plenty of potential catalysts that could make the shaky market completely quake. Many people sense this and are growing anxious about the next recession. Some, however, see opportunity to make money at the expense of the financially distressed. In fact, I have no doubt that there are businessmen eagerly awaiting the impending collapse. Do you want to know which people are licking their lips at the prospect of profits? Below I’ll share the 3 best recession proof industries for the morally bankrupt.

During the last recession, government lobbying grew $3.2 billion in a single year (2007-2008). With Washington ready to deploy bailout money to prop up the economy, lobbyists descended upon the Capital to advocate for their clients. It just so happened that their efforts were effective. The top lobbying banks received the largest bailouts. Moreover, former government officials that landed on Wall Street were huge beneficiaries of the bailout themselves. Robert Rubin, former Treasury Secretary of the Clinton administration, became Citigroup’s Chairman in 2007. While a government official, Rubin played an instrumental role in deregulating banks. The deregulation has been blamed for the ultimate collapse of the markets. That’s neither here, nor there, since Rubin’s Citigroup received roughly $45 billion in taxpayer funded bailout money. During his tenure at Citigroup, Rubin earned $120 million. That’s not a bad chunk of change to be awarded for tanking the economy.

Lobbyists are also paid to help restore banks’ images. After emerging as the poster child of greed in the wake of the crisis, Goldman Sachs paid lobbyists handsomely to perform damage control. By 2010, Goldman increased its spending on lobbying by 4 times relative to 2005. These costs, though, helped Goldman avoid further government investigations and regulatory oversight. While the nation continued to reel, government lobbyists had banner years. The Occupy Wall Street movement that began the next year would prove to be another financial windfall for lobbying firms. This is why government lobbying is one of the best recession proof industries for the morally bankrupt.

The fast food industry performs well during recessions. McDonald’s stock actually increased in value in 2008. With its enormous scale, McDonald’s can afford to keep prices low through both bear and bull markets. This is why those craving beef during a recession tend to satisfy their hunger with a Big Mac, rather than filet mignon. Unfortunately, those tightening their wallets may also feel their belts tightening, as healthy food is unavailable at your local fast food joint. 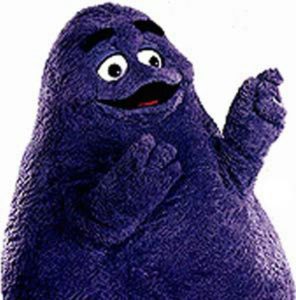 They’d feed the same fast food to their children and watch the cycle repeat. Let’s not forget that those working behind the counters of fast food restaurants barely make living wages. Fast food is one of the few options they have in good times and bad. After a while eating fast food, though, they begin to take the shape of Grimace.

I also have to mention that the fast food lobby, the National Restaurant Association, has spent millions of dollars lobbying against raising the minimum wage. It wasn’t until this year that McDonald’s said they’d stop spending to oppose the minimum rage hike. So, we have the fast food industry to thank for rising health care costs stemming from obesity and depressed minimum wages. But financial distress is good for the industry, which is why fast food is one of the best recession proof industries for the morally bankrupt.

In 2008, the three largest cigarette manufacturers performed extremely well. Phillip Morris, British American Tobacco, and Japan Tobacco all remained quite profitable. In fact, cigarette sales increased as people across the globe became strapped for cash. One could argue that the addictive nature of nicotine coupled with its calming effects helped to put those concerned about money more at ease. This gratification is only temporary, as health problems tend to plague chronic smokers down the line. 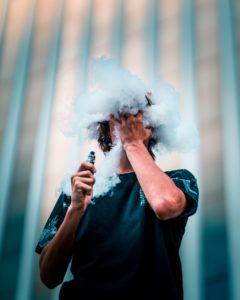 The tobacco industry, of course, does not enjoy a good reputation. It is continually taxed and is the subject of continual negative ad campaigns. That said, it transfers these costs onto its addicted consumers in the form of higher prices. Complaints about price increases fall on deaf ears, though, as few have sympathy for cigarette smokers.

You might have guessed what I’m going to write next. Yes, the tobacco industry spends millions of dollars annually lobbying the government. These monetary contributions are the only reason why tobacco is still legal, despite the fact that it’s proven to be the leading cause of cancer. The government may debate how we’re going to decrease health care costs, but the tobacco industry has managed to remain untouchable.

In fact, with the advent of vape pens like Juul, the industry has experienced something of a Renaissance. The teenage market is more likely to try vape pens, having been introduced to fruity flavors and marketing suggesting the effects to be less harmful than cigarettes. These teenagers grow addicted to nicotine and become repeat customers over time. Business continues to be good for Big Tobacco. With a new product and market, the tobacco industry has proven to be one of the best recession proof industries for the morally bankrupt.

Money Makes the World Go ‘Round (Until it Ends)

Government lobbyists operate without the interests of the governed in mind. Instead, they promote their own self-interests at the tax payers’ expense. The fast food industry has plagued the US with a healthcare system buckling under the weight of an obese population. Operators within the industry just want our wallets to be skinny, so they can see their share prices go up. And finally, the tobacco industry has managed to find a way to lessen the stigma associated with smoking and addict the next generation to its newest product. The industry is resilient and it certainly isn’t afraid of the next recession.

Judging by the sizes of these industries, they aren’t going away anytime soon. They all have staying power through ups and downs. Money keeps them alive, but these industries destroy our society. The government lobbying, fast food, and tobacco industries will continue to leech off of us. I just hope we are able to emerge from the next recession without having been sucked dry.

Do you want to talk more about the best recession proof industries for the morally bankrupt? Leave a comment below or contact me directly.

Interview with Michael Snyder of The Economic Collapse Blog

What We Should Learn About Risk Following the Pandemic