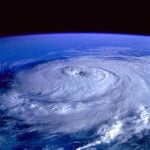 Unexpected Tsunamis In December of 2018, a tsunami killed over 2,000 people along the beaches of Sulawesi, an island in Indonesia. The tsunami was triggered by an earthquake that occurred off the island's shore. Sulawesi's seismic and tidal detection systems registered the earthquake, but significantly understated the size of the tsunami that would follow. The tsunami was expected to be under 2 feet, but ultimately was nearly 20 feet high. The below video depicts the destruction the tsunami caused. Beachgoers had no sirens to warn them. Instead, text messages were sent out, yet the earthquake disrupted the power lines necessary to distribute the messages. The results of the flawed … END_OF_DOCUMENT_TOKEN_TO_BE_REPLACED